If you don't know much about having network IPTV programs delivered, don't feel bad. Many people still haven't even heard the news about this cord cutter's dream service. Still, you've probably been taking advantage of IPTV streams for years.

Everyone seeks entertainment and news and will use the best programs more and more into the future. The traditional television broadcaster market and networks are shrinking in influence as IPTV channels grow in number every day.

What is IPTV and what do those letters stand for? How does IPTV work to improve how cord cutters watch TV shows?

At M3U Playlist Download, we know a bit about what IPTV is and even how to deliver the broadcast service. We also keep up with the latest trends and advancements in IPTV technology, from server to streaming device.

A Brief Explanation of IPTV

Let's begin with the most basic question: What is IPTV?

It may help at first to think of IPTV as IP and TV.

The IP in IPTV is no different than in the terms Voice over IP (VoIP) and IP address. IP itself stands for Internet Protocol. This describes the protocol by which analog data is digitized and delivered over the internet.

The TV in the IPTV acronym stands for television. Together, they describe internet TV programming encoded and sent over the web—“Internet Protocol Television.”

To understand the architecture of this broadband networking delivery service protocol better, you need to know something about how the TV broadcasting market works without the internet.

Without a personal video recorder (PVR) such as a TiVo recording device, you can't choose what’s on or when. You turn the television on and end up watching whatever quality programming the broadcasters are sending at the moment.

This is not how a legal IPTV networking service and support system provides video. For one, the network video protocol doesn't require you subscribe to content transmission via light pulses in terrestrial fiber-optic cable or radio waves from a satellite dish service.

IPTV delivers quality audio and video through your standard broadband internet connection. Using a cable or satellite dish connection for web access remains independent of the one carrying your internet TV signals.

Instead of broadcasting a range of shows on a specific schedule each day, most IPTV uses video on demand (VOD) or time-shifted media. We’ll discuss these along with a third format in a moment.

The customer doesn't have to rely upon what’s being broadcast by the provider. As a customer, clicking on links tells your provider what you want to see. You'll find it delivered to your device right away.

If you’ve used an internet streaming month to month subscription broadcasting service like Netflix or Hulu, it’s the same idea, but you get support for TV series, news service, and sports instead of only movies or syndicated shows.

One thing to remember is quality services such as Netflix, Hulu, and Amazon Prime Video are all IPTV. Even with free M3U playlist files all across the internet sharing pirated streaming video channels, the IPTV protocol itself is perfectly legal.

Feel free to check out some of the free M3U playlist downloads we've dug up from across the internet here on the site. To retain your anonymity and keep your data private online, it is always advised to retain the services of a top-tier, affordable VPN.

Save 83% Off Surfshark VPN Today!

Are Devices such as Set-Top Boxes Needed for IPTV?

Because most TVs aren’t equipped for IPTV channels, they may require set-top boxes. These “translate” what you receive over your internet connection into a format that your TV can read.

Your computer doesn’t need anything to stream IPTV links. Once you sign up for a service, you can use it to watch whatever you want in any of the IPTV stream formats (which we’ll discuss next).

There are plenty of apps available for nearly any device to take advantage of broadcast IPTV channels. Apps such as Lazy IPTV and Smart IPTV work great for streaming IPTV channels and their EPGs. Kodi, VLC, and several other legal apps work on many different devices.

If your app can mirror your screen to your TV set, you can enjoy IPTV without a set-top box.

Many top TV providers are now adopting a hybrid approach to IPTV. This solves some issues with fully IP-enabled broadcasts. IPTV requires a great deal of bandwidth to transmit a ton of data at high speed.

Hybrid IPTV combines traditional TV services with IP-based ones. The biggest selling point is that it’s all delivered through a single box. This lets TV providers expand their offerings to subscribers.

It also makes it easier for a provider to roll out new products and services for their customer without overhauling set-top boxes. It’s the best way to transition from a traditional subscription model to a more modern one.

How Does IPTV Work?

There are three different IPTV formats. We’ll take a look at each one individually.

VOD streaming provides exactly what it sounds like; you get the best video support whenever you demand it. Movie streaming web sites are video on demand providers. There’s no legal time limit placed on your television viewing (other than what the service has rights for).

You tell the service what you want to see by clicking one of their links, they send it to you via the internet, and you begin watching it. Simple.

Netflix, Hulu, and Amazon Prime Video are popular legal examples of top month based subscription VOD services. (There are many smaller, niche services available, as well.) Most of the best legal Kodi addons can provide quality VOD also.

By the way, did you know you can watch any Netflix, Hulu, or Amazon Prime channels from anywhere in the world when using Surfshark VPN? Their specialized VPN servers break through the blockade put up by these great streaming services.

Many of the free IPTV playlists we link to right here on the M3U Playlist Download site primarily provide a service of video on demand television channels. Many of the available channels contain live TV broadcasts or movies requiring no service subscription, just a streaming device and app.

Like broadcast TV, you can also enjoy live video with IPTV links. Many people get to catch sporting events this way; it’s easy to stream a game on any Kodi device or your phone while you’re on the go.

Other than being broadcast with an internet server instead of through traditional TV media, using live IPTV is pretty much the same as regular TV.

If you’re used to watching “catch-up TV,” you’re familiar with this type of IPTV system offering. Many of the best broadcast networks now support their customer base in allowing them to get caught up on shows they missed by watching at their convenience.

The important difference between time-shifted media and VOD architecture requirements is the content being shared has a limited shelf life. Going back and watching an episode you missed several years ago isn't possible with a time-shifted broadcast channel. If you could, then it would be considered a VOD channel.

A popular service provider offering quality time-shifted media channels when you subscribe is BBC iPlayer. There is even a legal Kodi addon that provides access to this service once installed.

If you think VOD and time-shifted media sound very similar, you’re right. It mostly relates to how long watching a show is possible after it airs.

While top IPTV channels are definitely getting more popular, it’s still a pretty niche market. Services like Netflix and Hulu offer a lot of TV shows and movies (when they can get the rights to them).

It’s the other formats of IPTV, where there’s a significant potential for changing how people engage with television channels, that have yet to take off.

Catch-up TV is starting to become more popular. Downloadable apps from providers like FOX, CBS, and NBC let you view the shows you've missed. This is now possible without the effort it takes to set up and record something via a set-top box like a TiVo.

NOW TV, TVPlayer, and Epicstream are all making headway into the live IPTV market. As of this month, they’re still not as mainstream as many of the best digital network television services.

Sports seems to be the area of TV delivery service most quickly embracing IPTV architecture. There are plenty of subscription sports packages appearing every month you can stream on your smartphone or computer or to your TV location whenever you have time.

It’s a safe bet the rest of the television world will understand and be only a day behind.

There are also many network services popping up at this time that support a customer creating their own VOD and live-streaming delivery services. That way people can share and provide their own skills, advice, news, and passions with anyone else in the world in new leagal channels.

An IPTV Service of Your Own

If you’re interested in starting your own IPTV service, your best bet is to hook up with a provider of this sort. They have the bandwidth, server capacity, and best distribution channels.

All you must do is sign up as a customer, pick a plan, and start uploading your best content. What sort of content is best? Who will watch it? How will you get money? All of these decisions are up to you, the new subscription provider.

There are IPTV programs for learning magic tricks, getting fit, learning to dance, watching movies, and pretty much anything else you can think of. If you have something you want to share with the world, you can use IPTV service to do it.

Of course, you’ll still need to record all that content, which takes a lot of work. Once you’ve done that, these services will let you promote and distribute your TV shows, videos, or movies to viewers with a broadband internet connection.

It’s like building a private Netflix networking system for yourself and your subscribers. Charge by the month or year; it's your decision.

IPTV In The Future & Beyond

It’s difficult to tell how many people are using IPTV services at the moment. With the wide variety of providers, different formats, and a huge amount of pirated content available, there are a lot of things to keep track of. Even the number of Kodi users streaming IPTV channels is impossible to count.

But there’s no doubt that support for IPTV channels will be increasing with popularity. Grand View Research has estimated the market will be worth over $117 billion by 2025. The increase in user awareness along with improvements in broadband network architecture to provide mass delivery will support this growth.

Grand View also predicts subscription based IPTV will grow quickly over the next decade. This suggests that services like TVPlayer and Hulu Live TV will gain in popularity.

Some of that growth has started already.

Now people can even create their own programs to distribute their content with ease. The amount and variety of IPTV options will be increasing quickly. Viewers won’t be limited to what broadcasters are sharing anymore. They’ll be able to go to each other to see everything from fitness videos to audience-specific movies.

In short, the future of TV is IPTV and the future will start now. Thanks for reading! 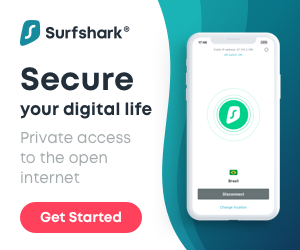 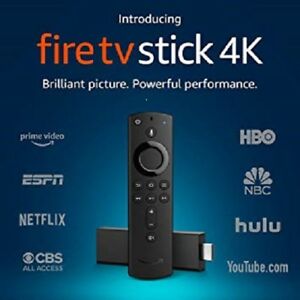